For the record, this is probably going to be the post that has the most writing in it. Saturday was mostly about the visual stimulation for me – that’s what having a media pass will do to a girl. That’s not saying that my ears weren’t busy soaking it all in – just that I didn’t really even try to juggle the camera and the notepad at the same time.

I got to the Petco parking lot where the festival was taking place around 2:30. Wandered around for a bit, ran into Owen from FM 94.9, and made my way over to the Citybeat local stage just in time to catch the Drowning Men. Unfortunately, that was the only band that I saw on the local stage the entire day. The stages were coordinated enough so that there wasn’t any overlap between sets, but the main stage sets ended up leaving me so exhausted that the local sets were reserved for getting food, drinks, going to the bathroom, or trying to meet up with people. It was definitely a whirlwind of a day, made easier due to the VIP passes that Marco gave us, which allowed for two free drinks at a full bar inside the VIP area. Definitely a life-saver, since the last time I drank SoCo I ended up puking and lodging a piece of filet mignon in my nasal cavity for a few mintues. True story – just ask my college boyfriend.

All the bands that I was paying attention to sounded great, and I’ll write a bit about them on the individual photo posts. But I just wanted to take the space here to post a few photos that wouldn’t really fit in with any of the band posts.

Here’s Marco. He did a great job introducing all the bands and pulling things together. Can’t thank him enough for the VIP passes, or for pushing to have Rosey and I get media passes in the first place. He’s an incredibly nice guy, and I feel like this won’t be the last time I run into him. 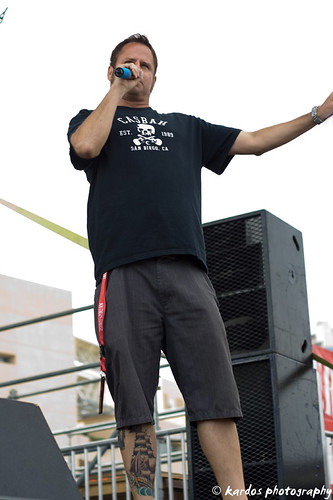 It being a festival in San Diego, of course there were beads: 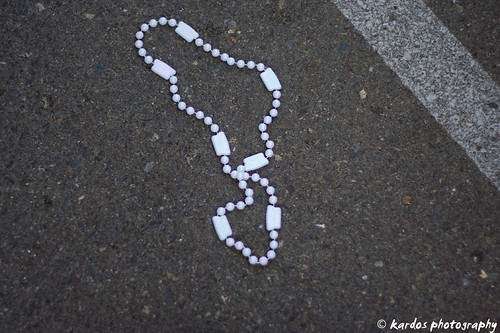 Towards the end of the night, you could see the Petco Park sign through the SoCo banner at the back of the mainstage, which I thought was pretty neat: 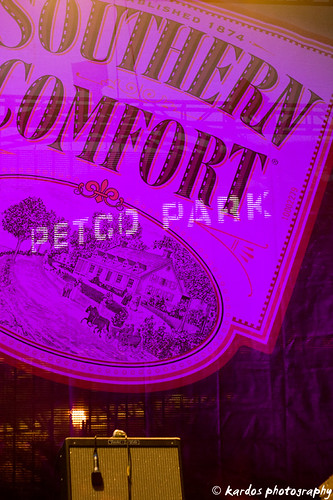 And finally, this is a photo of me before seeing the Flaming Lips, taken by the lovely Andrea: 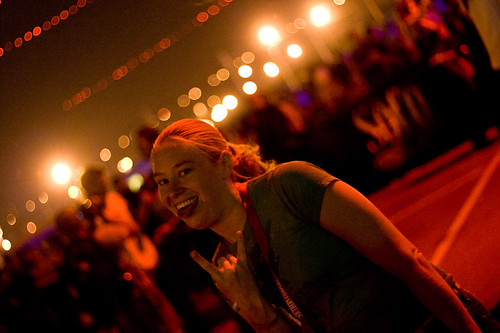 For some reason, this is my standard “I’ve been drinking and now someone’s taking a photo of me” pose. Whatevs.