I am thinking way too much about photos.

Ones I want to take.
Ones I already took.
Ones I wish I had taken.
(and that’s enough verb tenses for now)

I blame this partly on Kallao, a person I have never met, but whose photos make me think about what I could be doing with my photos. And partly on all the other photographers’ blogs out there that I read/look at/drool over daily. Seriously. The links in the photography section of my RSS reader outnumber the ones in the music section at this point. That is somewhat scary.

I haven’t shot a show in over a week.

I don’t own real lighting equipment (yet) but I can tell you how I think I would use it in any given shot I set up.

I need a photo project. I’m thinking maybe something dealing with the gentrification of North Park, the contrast between old/run-down/beat-up and the brand-spanking-Starbucks-new. Diptychs of new vs. old on the same block? Not just boring house/building shots. Details. Do I have the time for this?

I like hiding behind the camera. But toting a camera in public makes you a point of interest to others. People have no problem going up and asking questions of you. I’m still not comfortable with this. I carry my camera equipment in a purse when I can get away with it. Although with three lenses, this is becoming cumbersome.

I just spent $150 on a tripod + carrying case. Anyone wanna go hiking?

In other news, puggles are the cutest dogs ever. But I would still never pay that much money for a dog. Give me a mutt from the pound, but wait until I have the time/money to properly take care of it.

This is the unfiltered me. It’s a little weird in here, no? 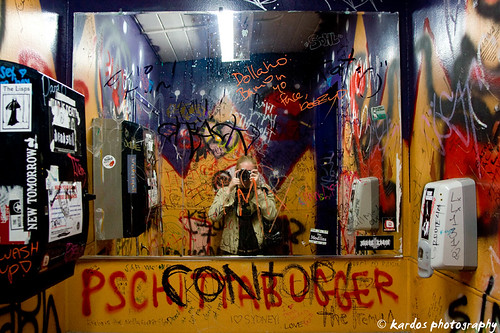