Friday night was a strange night for me. I felt like I’d been fighting all sorts of things, but mostly myself, all week long. So when the prospect of a rooftop show popped up, I was all for it. 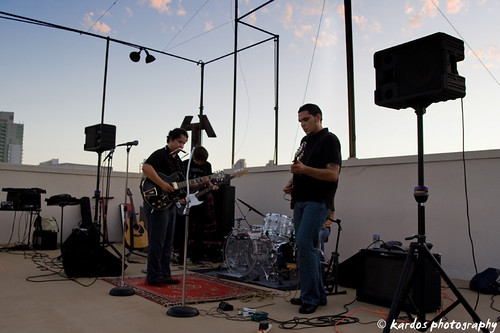 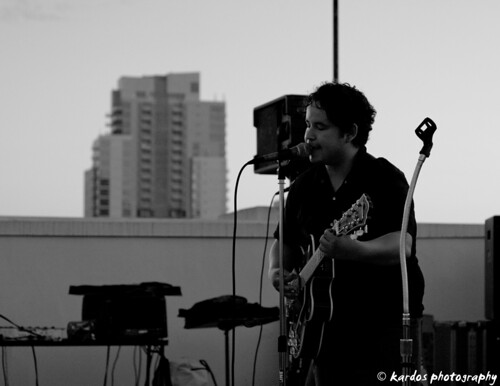 We got there during Team Abraham’s set, as the sun was setting and lighting up the sky with gorgeous colors. Little pink puffs of clouds randomly scattered about the sky. 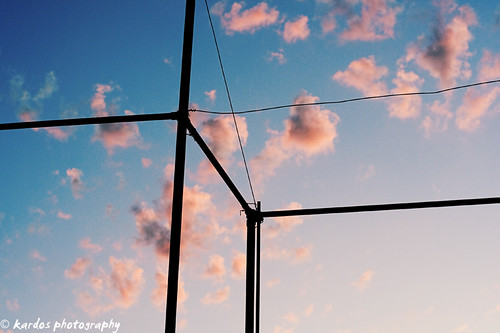 They were the only band that I took photos of, because I was just soaking in the moment. I had other things on my mind that night. Trying to force myself to move forward when I feel like I’ve just been spinning my wheels as of late. 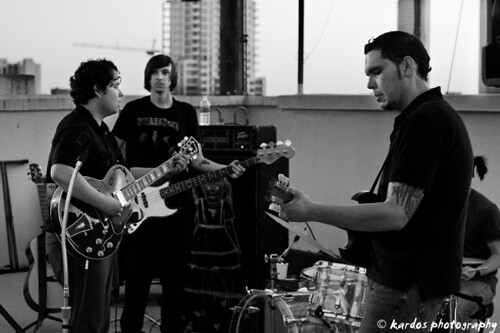 The Tighten-Ups made me shake my ass. The Beatles US (an Adam Gimbel production) made me happy to be on a rooftop. And Hotel St. George just killed it for those of us who were still hanging around. 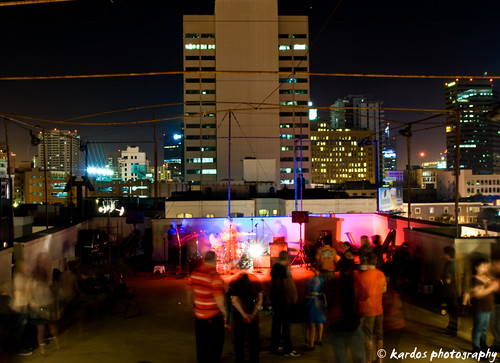 Afters was at the Chee Chee Club, where two mixed drinks cost only $7. Yeah, that’s right. You heard correctly. Since I was feeling self-indulgent, I pulled a huge jukebox faux pas and put on 4 songs from The Bends. In a row. But not in numerical order. Because I’m tricky like that. 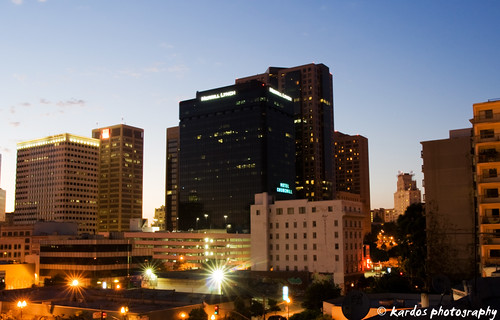 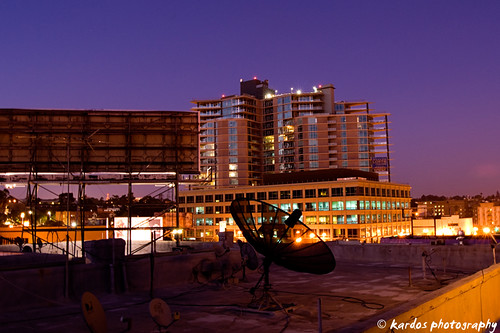 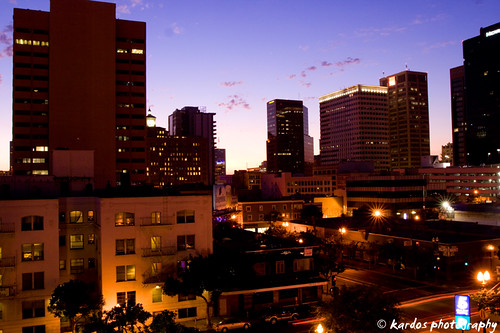 Makes me wonder why I’ve been struggling with it lately. Unsure if it’s a “4 years is too much time to spend in any town” kind of thing, or a “I should quit kidding myself that I can hang with the West Coasters” sort of deal. I don’t even have an alternate destination in mind. And it’s a moot point anyway, because I’m anchored here for another year or two due to grad school. Maybe that’s the problem. I feel…stuck. Boxed in. I hate that feeling more than anything…