This blog is resembling a photo blog more and more these days, but I’ve been taking photos like a madwoman and haven’t had much of interest to write about. And anyway, if a picture is worth a thousand words, I’m way ahead of the curve.

Shown here are some photos I took around UCSD’s campus, using color slide film (Fuji Provia ISO 400, to be exact) on the Holga. Since it was 400 ISO, I had to wait for the right lighting, specifically in the late evening when the sun was starting its slide towards the ocean.

First, the three lab buildings I have worked in in as many years, due to my boss’s incessant moving: 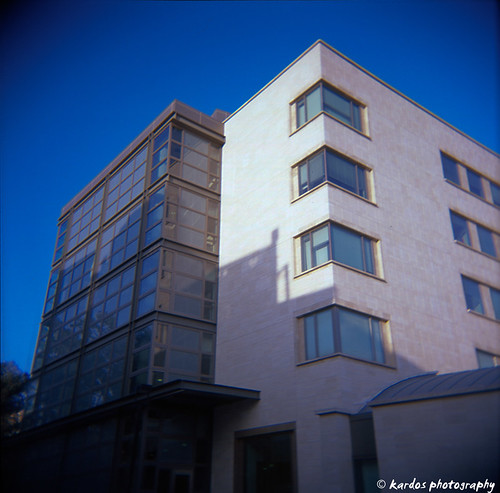 The first one was by far the best. 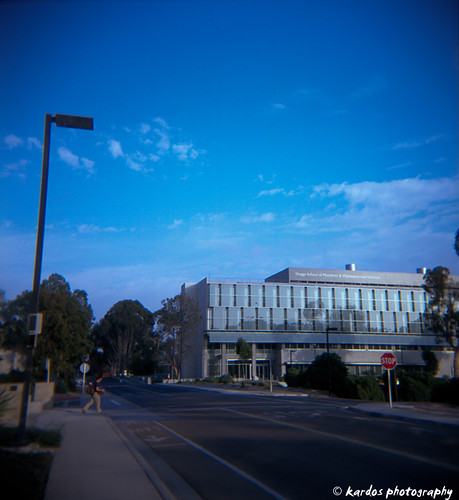 This building looked nice, but the architect obviously never consulted with scientists when building the lab space. Properly constructed (and insulated) cold rooms would have been a start. 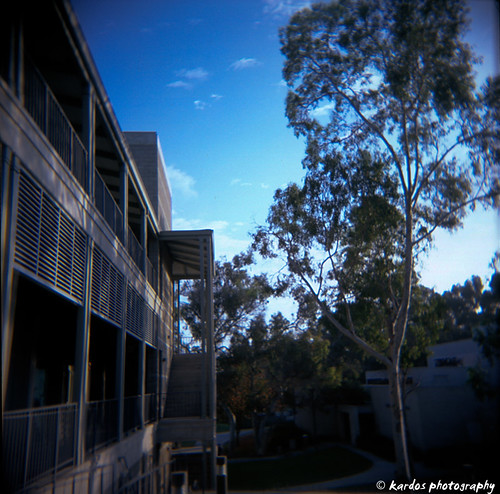 Current location, in an older but at least functional lab building where I am “squatting” with another lab since my real lab moved to San Francisco.

And here are a couple random buildings/photos: 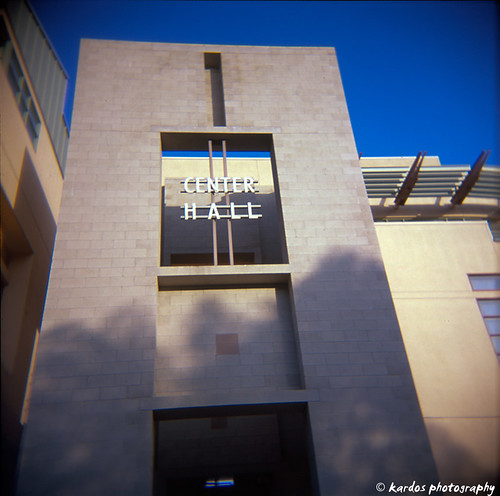 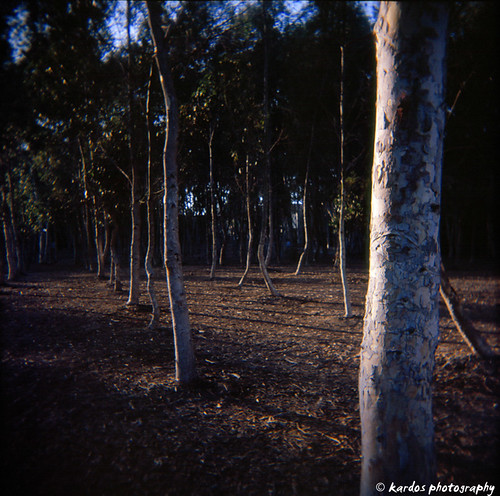 This one’s probably my favorite from that roll of film. 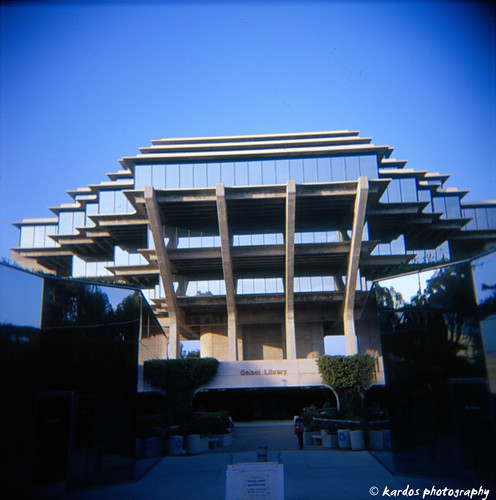 I took 3 photos of the library, and this was the one I liked best. None of them managed to get all the corners in frame.