Since my Russian TLR camera hadn’t arrived before leaving for Big Sur, I decided to take along the build-it-yourself camera that Adrian bought for me. I had no idea how the film (Fuji Reala ISO 100) would turn out, as I had no idea what the camera settings were. I just assumed they were Holga-like. The exposures all came out well, but there’s something funky going on with the focal range – it’s much closer to the camera than I expected, and it seems that the aperture is nowhere near as small as on the Holga. Or, the lens is just that bad. Ah well. Here are some of the shots that turned out okay, including a panorama stitched together from 18 film prints. 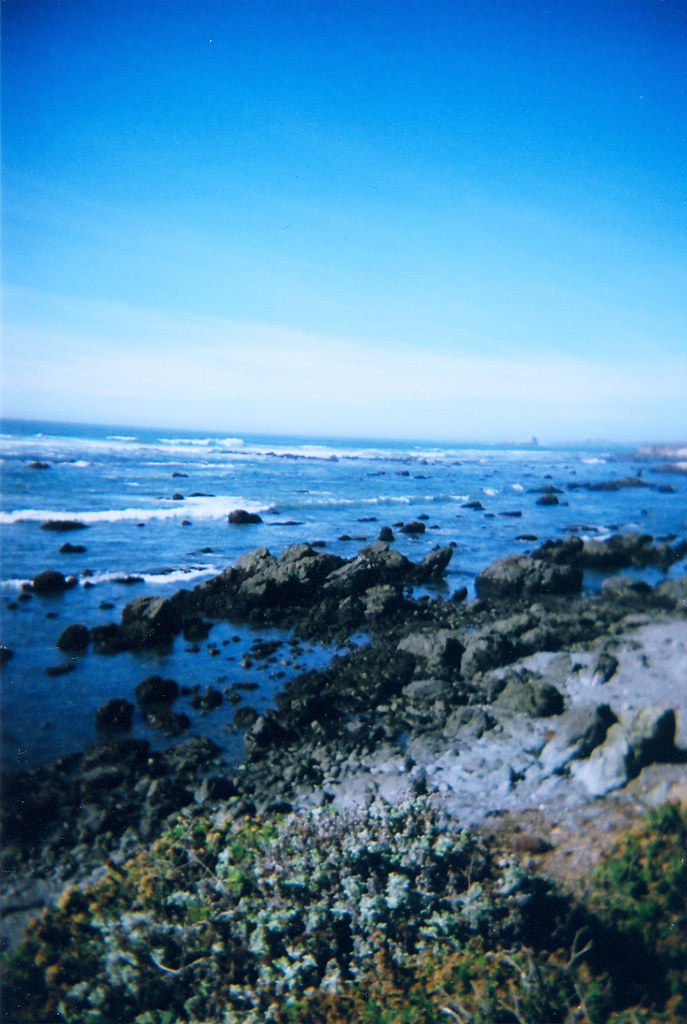 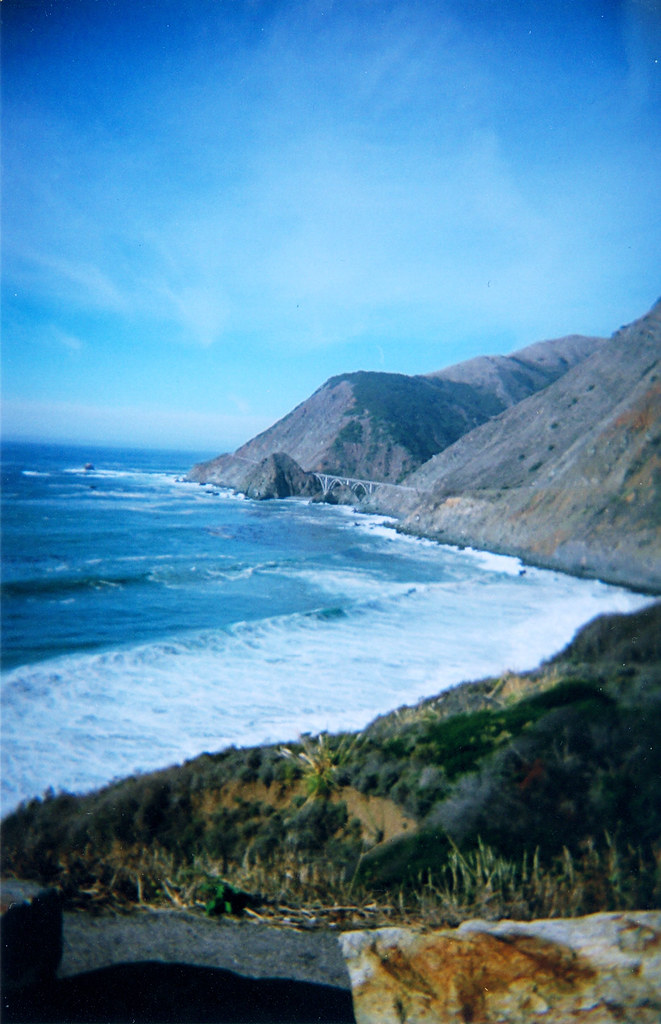 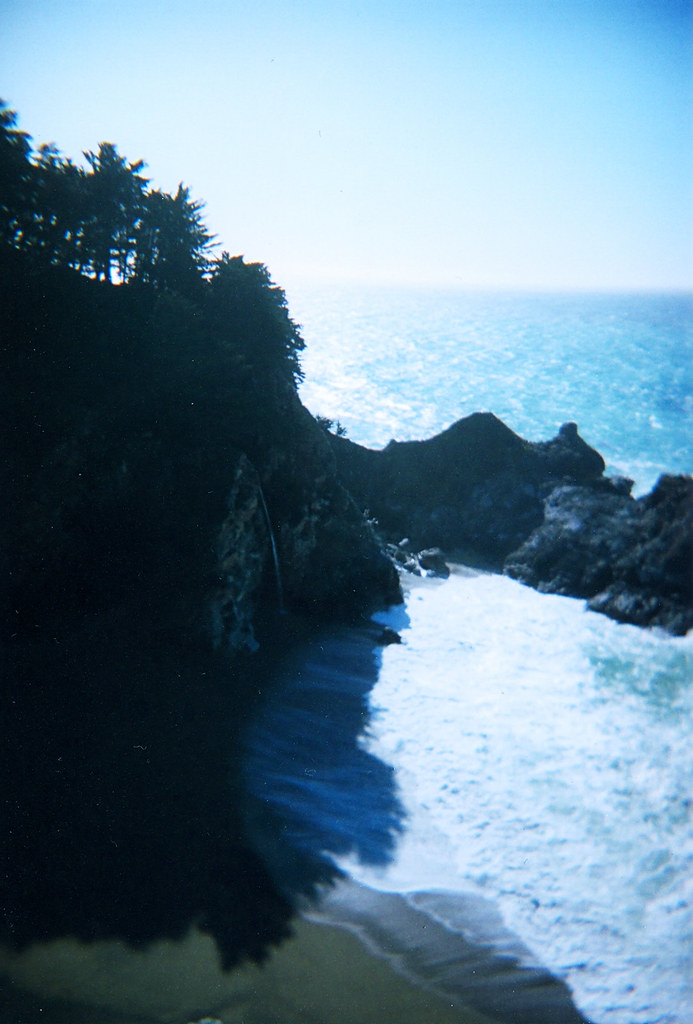 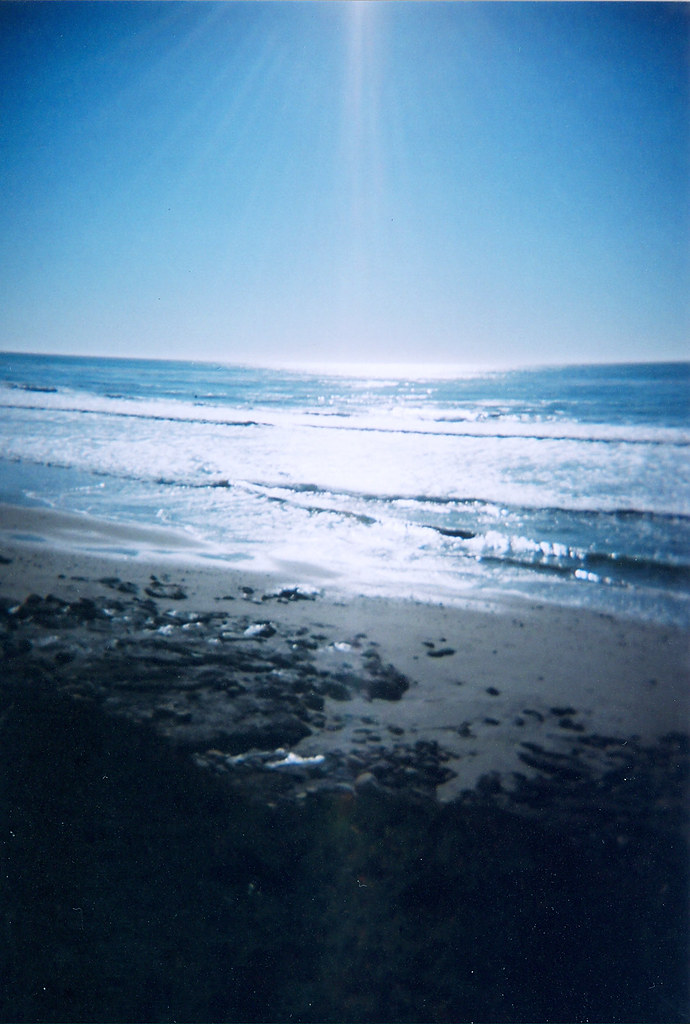 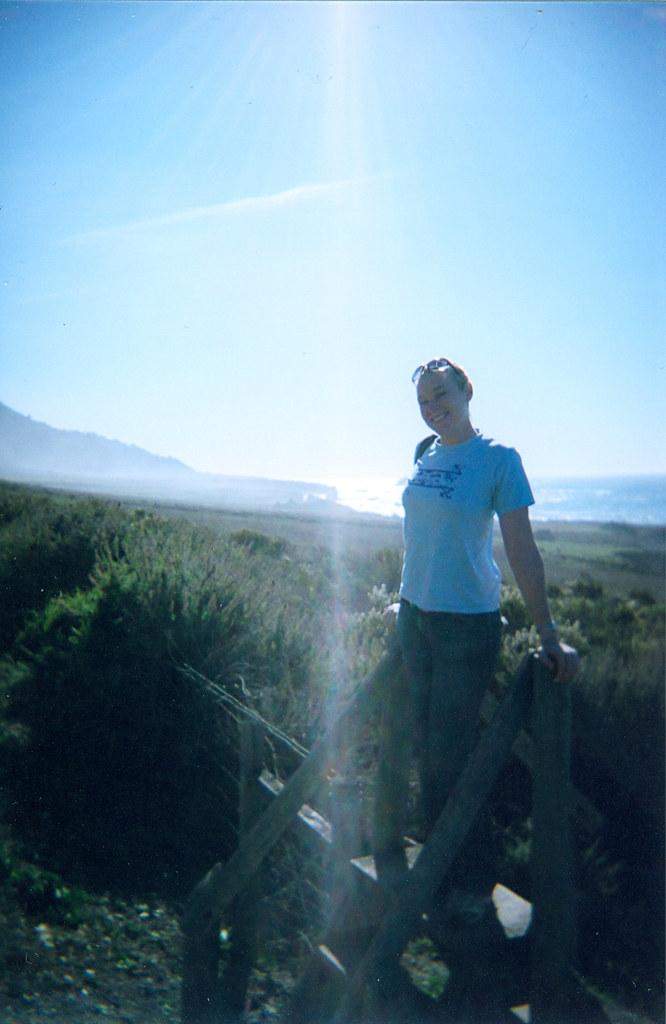 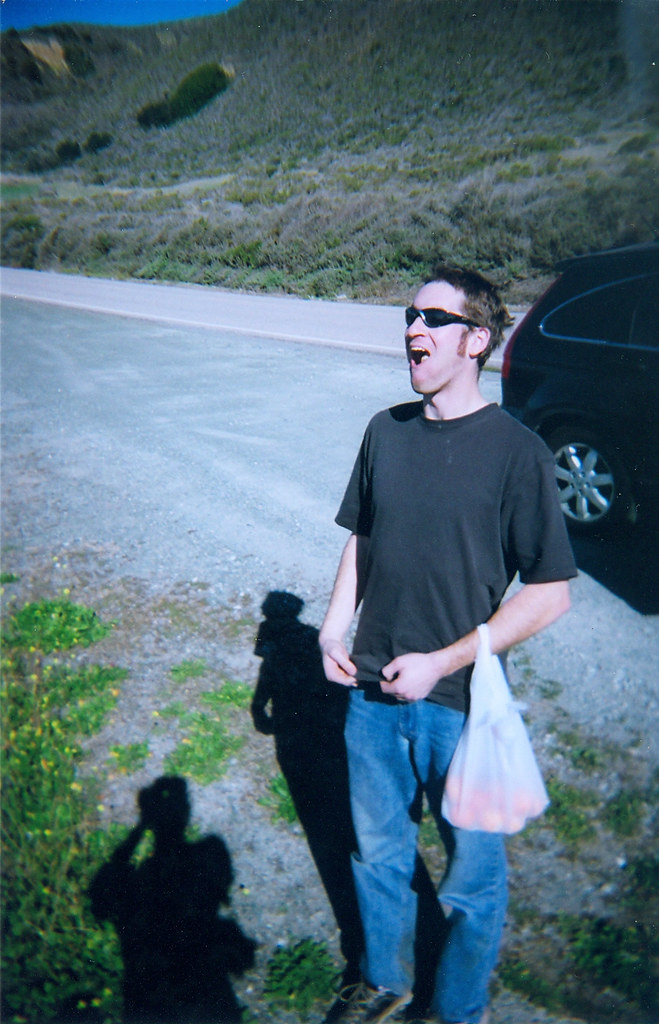 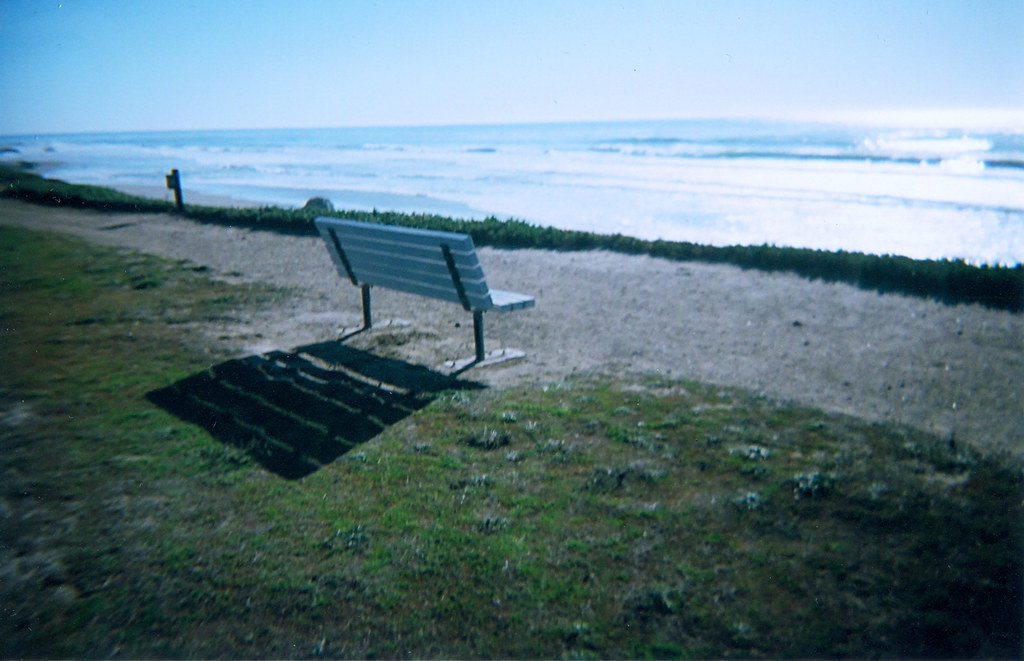