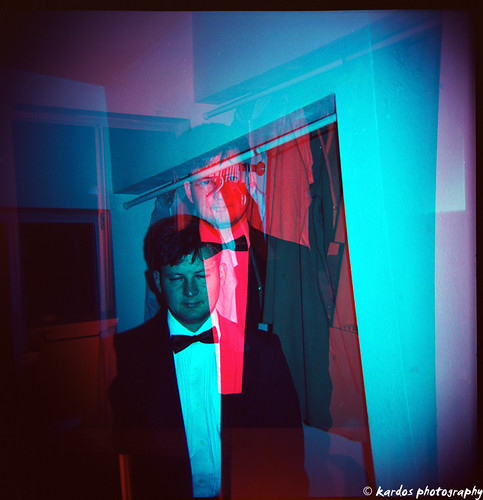 Image from my first roll of film shot in the Holga camera. It was an (accidental) double exposure of P in his tux for a friend’s wedding. The first exposure I used a blue flash, the second exposure was a red flash. You can quite easily see the vignetting/light fall-off around the corners that these cameras are known for. The film I used was Kodak Portra 400, with a bit of Levels tweaking in Photoshop.